By using this site you agree to our usage policies.  We aim to make them benign, but please use the following links for details: legal • privacy • cookies

By almost any measure you care to mention, the United Kingdom (UK) rail sector is flourishing.  Passenger numbers are at their highest levels for 100 years, infrastructure renewal and expansion is near the top of the political agenda, and the supply chain can look forward to a planned £35 billion investment over the next 15 years.  This is often said, but not all parts of the UK have seen the same public transport boom.

It's hard to deny that for change to happen, Northern Ireland would need more tracks, more trains and more stations, but the rail network has not been a priority for investment.

Articles are being written about whether it can survive as a going concern, never mind the idea that it would need to dramatically expand to catch up to what has been achieved in the rest of the UK.  Public transport can only go so far in the region without this investment, but in the meantime, and perhaps even to help challenge this reality, Translink needs to be able to do more with less.  Engineering isn't the problem, but even better and more value-conscious engineering could be part of the solution.

This latest White Paper explores how Systems Engineering techniques are now extensively used by the rail industry to deliver better national railway infrastructure and services and how these proven methods could help build a better Railway for Northern Ireland.

Read what the White Paper says about...

Delivering On time, On spec and On budget

If you have found this white paper useful, and would like to hear more about how your organisation may use systems engineering to better manage complex rail engineering programmes:

A one-to-one demonstration will allow you to see how our tool-supported Systems Engineering approach is helping Engineering organisations across a range of industries manage change.  Contact us here. 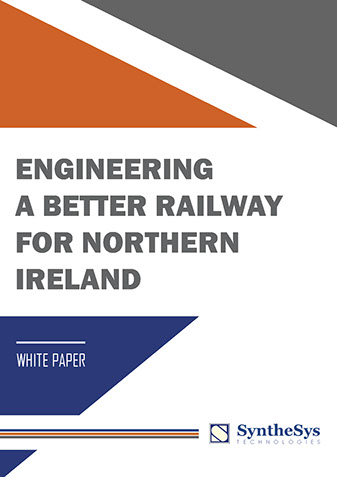